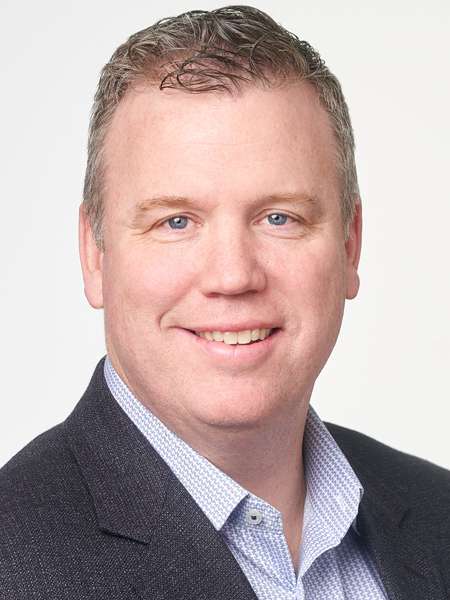 Dan McConnell joined The North West Company in 2002 in the role of Manager, Real Estate and Store Development. He quickly advanced to the position of Director in April 2004, promoted to Vice-President of Real Estate & Store Development in September 2008. He then became Executive Vice-President, Chief Development Officer in 2014 and in 2018 became President, International Retail relocating to Boca Raton before returning to Winnipeg in July 2021 as President and Chief Executive Officer.

Dan has a Master’s Degree in Business Administration from the University of Wales and many years’ experience in retail development.

Dan is a board member of The North West Company and United Grocers Inc.

Dan and his wife Kirsten now make their home in Winnipeg with their 3 children Liam, Matthew and Brynn. 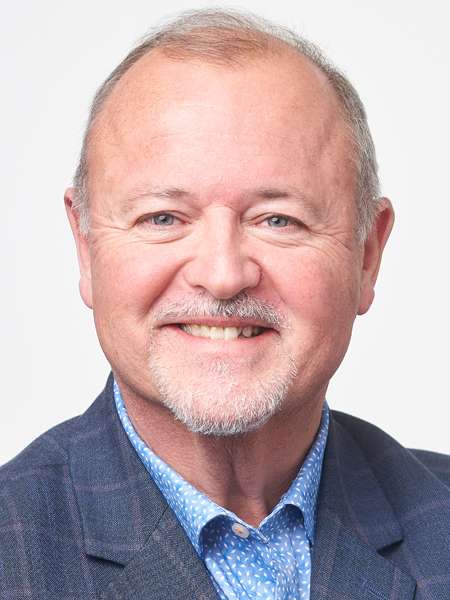 Jim Caldwell joined the The North West Company in 2021 as President, Canadian Retail. Jim is a seasoned leader with 40 years of retail experience covering functional areas in operations, merchandising, distribution, sales and marketing. He has served in senior roles with Walmart, Lowes, The Brick and, most recently, as President of OK Tire. Jim also formerly served on the Board of Directors for the Retail Council of Canada and the Canadian Association of Chain Drug Stores Council of Representatives.

Jim is originally from Winnipeg and is happy to be back in the city with his wife Bridgette. 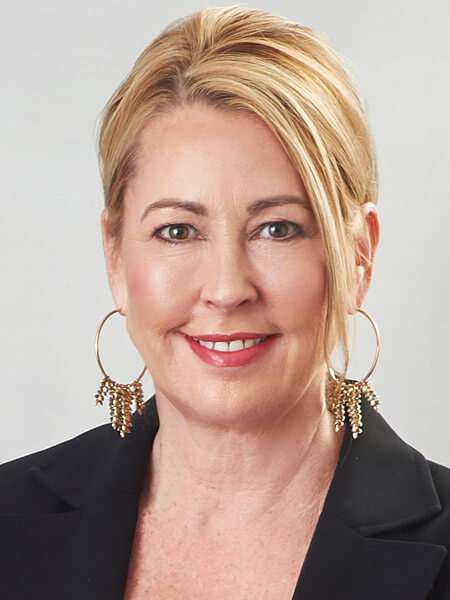 Alison Coville joined The North West Company in 2021 as Chief People Officer. A seasoned and passionate leader, she comes to North West from a long career in retail with the Hudson’s Bay Company, where she served in several senior roles from SVP Managing Director to President, Hudson Bay and Home Outfitters. 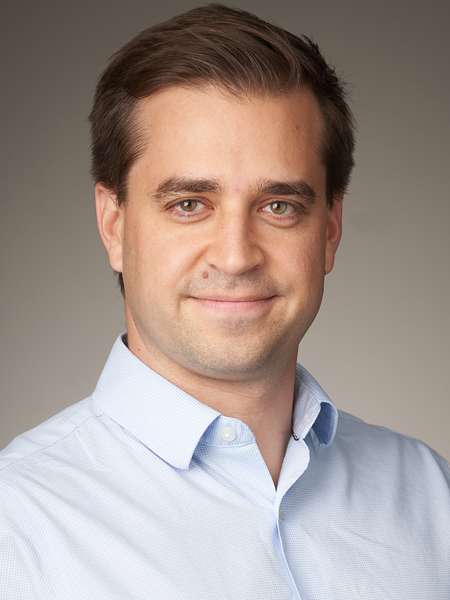 Kyle holds a Bachelor of Science (Physics) from Mount Allison University, and a Masters and PhD (Physics) from the University of Oxford, where he was a Rhodes Scholar. He serves on the Boards of the Donner Canadian Foundation and Teach For Canada, both based in Toronto. He and his wife Cecelia live in Anchorage. 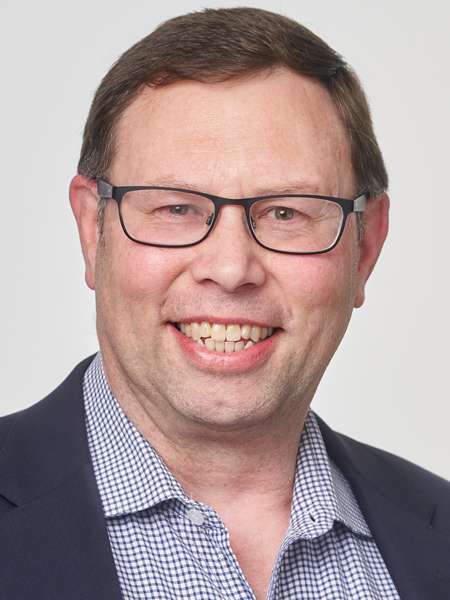 John joined the Company in 1994 after completing his CA and CMA. accounting designations. He has held various management positions in the Finance department including Stores Controller and Director, Finance. John became Vice President, Finance and Secretary in 2006 and was appointed Chief Financial Officer in 2010. 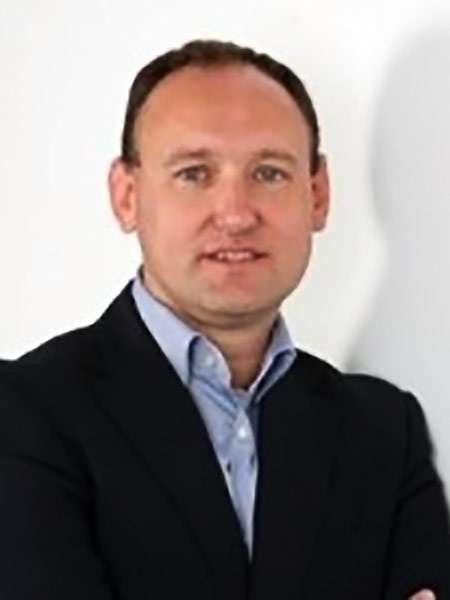 J. Kevin Proctor joined the Company in 2021 as President of the Cost-U-Less and Riteway Foods banners. Kevin is a senior executive with over 20 years of global retail leadership in Grocery, Real Estate and Supply Chain. Prior to joining the Company, he served as Chief Investment Officer and Chief Operating Officer at Save-A-Lot where he led its divestiture and subsequent business transformation activities. Kevin started his career and spent over 16 years with Lidl, one of Europe's leading discount food store chains, where he held progressively senior roles including Regional Vice President Operations and Chief Development & Supply Chain Officer. 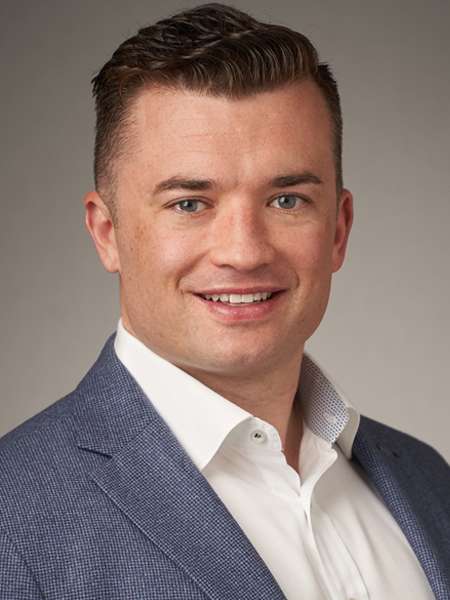 Cole was born and raised in Winnipeg & graduated from the University of Manitoba. In 2019 Cole was named Vice President, Business Development. 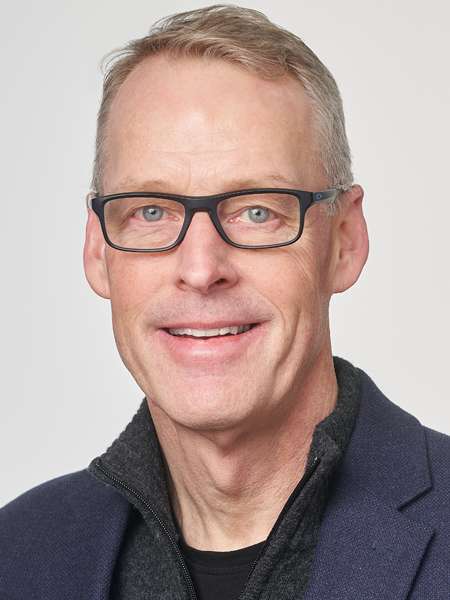 Mike started his career with The North West Company in 1993 as a Management Associate. He advanced to Store Manager and to Regional Store Management positions before joining Procurement & Marketing as a Director. 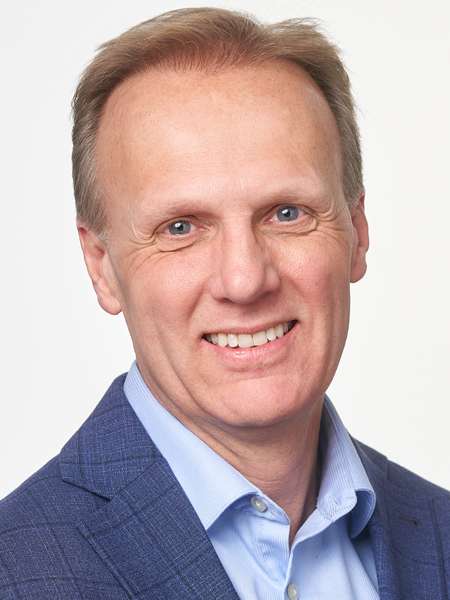 David joined The North West Company in 2000. From 2000-2007, he held various management positions including Senior Category Manager and Director, within the procurement and marketing division.

In 2007 David was promoted to Vice President of Marketing for the Alaska Commercial Company. Prior to joining NWC, David spent 10 years with Zellers of the Hudson Bay Company in different capacities including operations as a store manager, and in the procurement department as a senior buyer. David holds a Masters of business administration from the University of Stirling. In 2017, David was named Vice President, Canadian Sales & Operations, Northern Canada Retail, NorthMart/Major Markets Division. 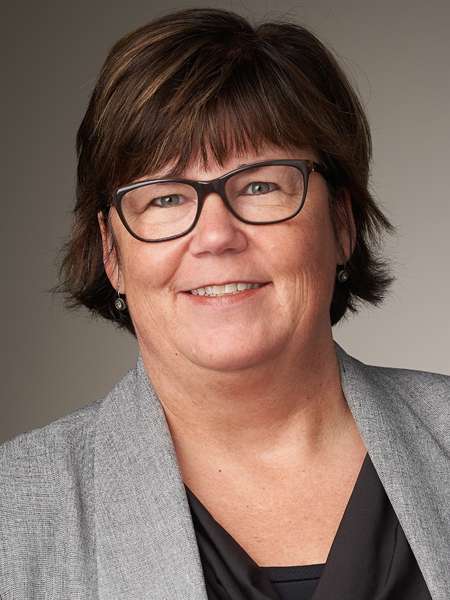 Leanne joined NWC in May of 1993 as Associate Buyer in the Food Marketing group. Leanne progressed through roles in Procurement and Marketing and Supply Chain, holding the positions of Inventory Manager, Category Manager, Senior Category Manager, Project Business Lead and Director of Supply Chain Services. Leanne has a Bachelor of Commerce (Honours) from the University of Manitoba and an MBA in Executive Management from Royal Roads University. In January, 2013, Leanne was promoted to Vice President, Merchandise Performance Services. 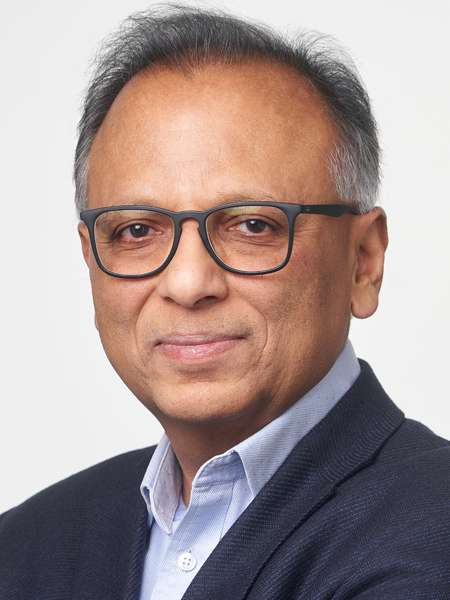 Vineet is an accomplished technology and digital executive who has spent time in the hospitality and technology industries and led large scale digital transformations. He has held Global CIO roles and has over 20 years of experience which includes both solutions development and corporate IT. Vineet began his career as an engineer working in Aerospace, Mining and Infrastructure before moving into the Hospitality Industry where he has spent the majority of his career. Most recently, Vineet has led a three-year digital transformation for Element Fleet Management, the largest Fleet Management company in North America. 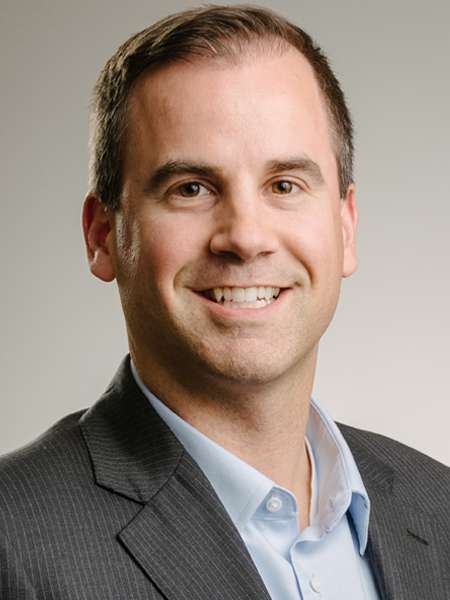 Matt returned to The North West Company in 2014 as Vice President, Fresh/Food Service Procurement & Marketing. Matt previously joined NWC in 2004 as a Meat Assistant Category Manager and over six years progressed to head Category Manager for Meat/Seafood/Deli/Food Service. Matt then joined Price Chopper, a $5 billion regional U.S. food retailer based in upstate New York. He was promoted to the position of Vice President, Meat Merchandising at Price Chopper in June 2013. He then held the position of Vice President, Seafood and Meat Merchandising at Ahold USA, the fifth largest food retailer in the U.S. Matt is a graduate of Dalhousie University, Halifax (B.Com). 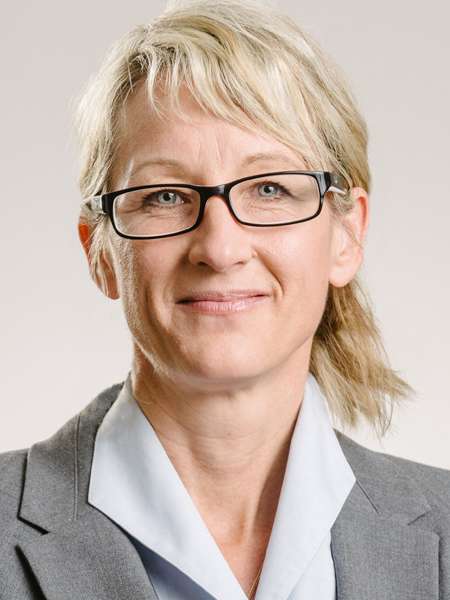 Laurie joined The North West Company in 2010 as Senior Manager Retail Pharmacy. In 2011, she became Director, Pharmacy Retail and Hospital. She brings to her expanded role a track record of pharmacy innovation and insight into the health services deliver to our markets. Prior to joining North West, Laurie has 20 years’ experience in retail pharmacy management, most recently with Walmart Canada.

Laurie is a graduate of the University of Manitoba (B.Sc, B.Sc. Pharmacy). In September, 2014, Laurie was promoted to Vice President, NWC Health Products & Services. 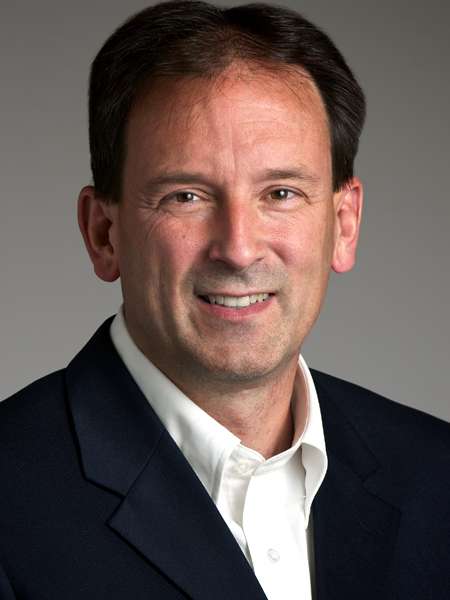 Walt joined Alaska Commercial Company (ACC) in February 1997, bringing with him over 20 years of retail experience. His career with ACC began in Cordova, Alaska as Grocery Manager. Walt has since served in a number of management positions including Director of Operations, Director of Food Marketing, and Grocery Category Manager. He also worked for the North West Company in Winnipeg for two years as a Food Category Manager. Walt earned his BS in Business Management from Metropolitan State College, and his MBA from the University of Colorado. 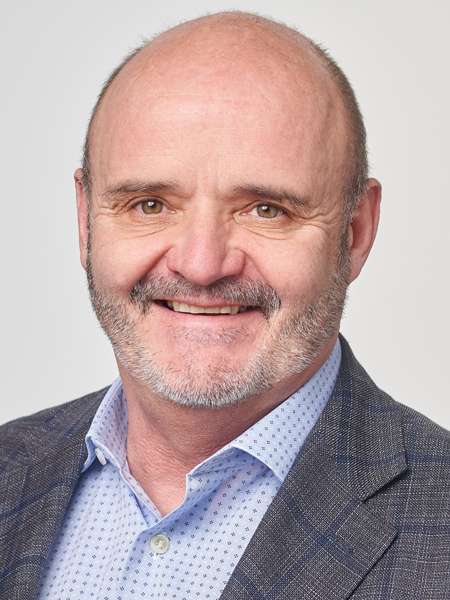 Randy joined The North West Company in 2022 as Vice President & General Manager, Facilities and Store Planning. Prior to joining North West, Randy was Chief Operating Officer at a large, fully-integrated design, engineering, construction, and maintenance services firm specializing in primary and secondary food processing facilities. He has extensive construction experience at the executive level, having spent many years leading and implementing critical system improvements including safety and lean construction initiatives, as well as leading design, costing, procurement and quality assurance improvements. His passion for operational excellence and process design is a great addition to the North West Team.

Randy is a current member of the Institute of Corporate Directors having achieved the ICD.D designation in 2018 and is currently serving on various not-for-profit Boards. In his free time, Randy restores antique automobiles and he and his family enjoy lake life at Lake of the Woods. 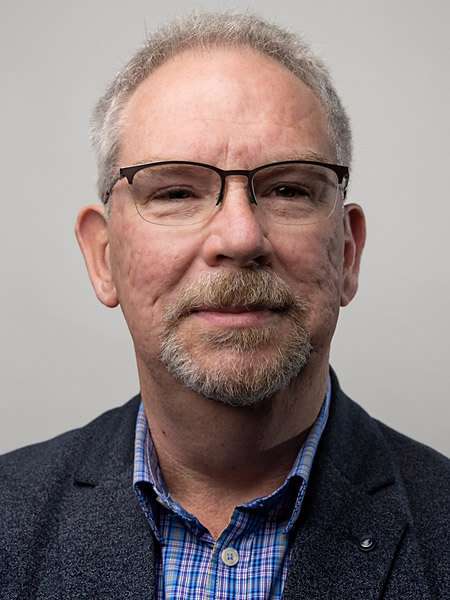 Doug joined the company in September of 2001 as the General Merchandise Manager at the Dillingham store, bringing over 15 years of retail management experience to ACC. He spent the next 5 1/2 years as the GM, Grocery and then Store Manager in Barrow before relocating to Anchorage as DSO of the Water region. In 2019, he returned his focus to GM as a Category Manager and was named Vice President, Procurement & Marketing in August 2021.

Doug holds a BBA from Texas A&M, with a double major in Marketing and Management. 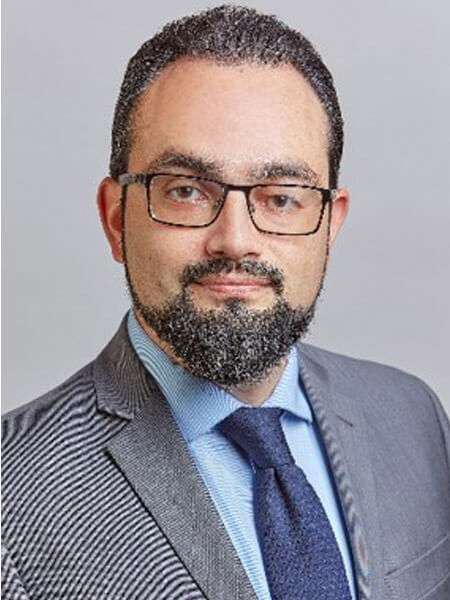 Nicolas Sabogal joined the company in 2019 as Director of Business Development in our International Retail operations. In 2021, he was appointed Vice President of Strategy, Planning and Analytics.

Prior to joining North West, Nicolas worked in the Financial Markets practice at PricewaterhouseCoopers in Columbia and the US, providing audit and consulting services for a wide array of public, private and government clients across various industries. Before joining PwC, he was Head of the Financial Risk Management Department of the Colombian Mercantile Exchange Clearinghouse. 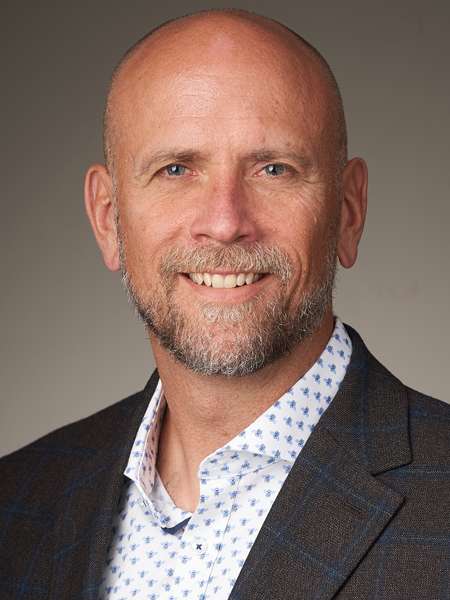 Kevin is a senior finance executive with over 20 years of experience in acquisitions, financial reporting, complex accounting, risk management and insurance, taxation, pensions and treasury in both public and private sectors. Kevin joined the Company in 2008 as Corporate Controller. Prior to joining North West he was a Senior Manager at KPMG LLP where he worked in Canada and internationally providing audit and advisory services for over 10 years in Canadian, US and European markets. Kevin has a B. Comm (Honours) from the University of Manitoba and is a member of the Institute of Chartered Accountants of Manitoba, obtaining his CPA, CA designation in 2000. 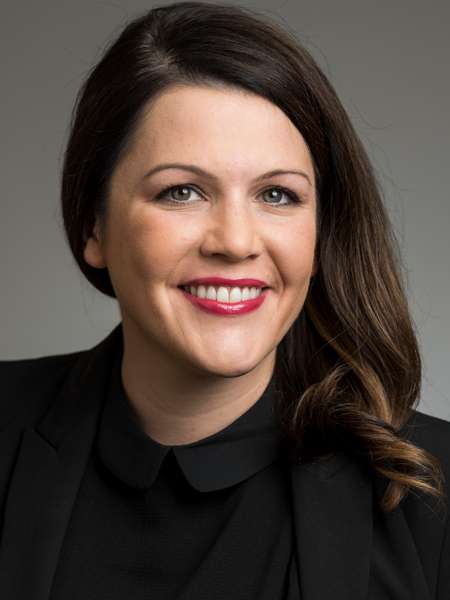 Amanda Sutton is the Vice President, Legal and Corporate Secretary at North West. In addition to being accountable for the provision of legal services to North West’s operations across Canada, Alaska, the South Pacific and the Caribbean, Ms. Sutton is also North West’s Privacy Officer and the executive lead for North West’s Governance and Nominating Committee. Prior to joining North West, Ms. Sutton was the Vice President and General Counsel (North America) at Trimac Transportation Ltd. and she also worked at two top-tier Canadian-based international business law firms (McMillan LLP and Blake, Cassels & Graydon LLP). Ms. Sutton has a Bachelor of Arts (Political Science) from the University of Calgary and a Juris Doctor from the University of British Columbia. Ms. Sutton is a member of the Law Societies of Alberta, Ontario and Manitoba. 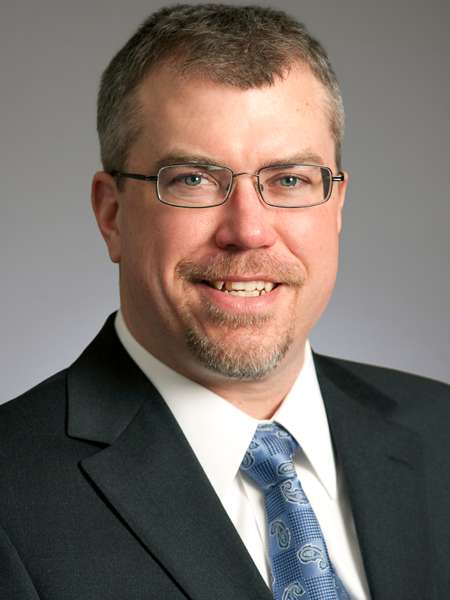 Seeking adventure and a company that fostered an entrepreneurial spirit Jim left his 16-year career with Safeway's Eastern Division in 2001 where he had served in every position from Courtesy Clerk to Store Manager.

Jim began his career with Alaska Commercial Company as the Grocery Manager in Barrow. Over the next six years he served as Branch Manager for the AC Value Centers in Kotzebue, Dutch Harbor, and Kodiak. In 2007, he accepted the position of General Manager at Frontier Expeditors, the wholesale division of Alaska Commercial Company. In 2008, following the acquisition of Span Alaska Enterprises he was promoted to Vice President and General Manager.